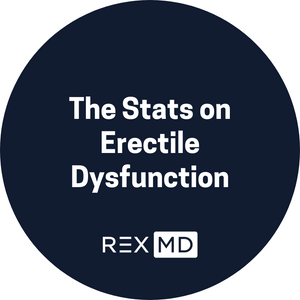 The Stats on Erectile Dysfunction

Talking about erectile dysfunction (ED) was mostly taboo until about 30 years ago. Even the medical community pretty much ignored this common sexual dysfunction.

For starters, men with ED had no great treatments available, and thus little reason to bring it up with their doctor. And the medical community just didn't have much incentive to do research or work on intervention with patients because the options were so limited.

Everyone was in a losing position, and couples' sexual activity suffered as a result.

That all changed when the oral medication Viagra® (sildenafil) was approved in the fall of 1998, followed by Levitra® (vardenafil) and Cialis® (tadalafil) in the next 5 years. (Each of these is a PDE5 inhibitor, though they're all slightly different.) Suddenly, doctors had a good reason to talk to their patients about ED; epidemiologists had a reason to start tracking who, why, and where; pharmaceutical companies had good reasons to run advertising and raise awareness; and patients saw ads for the first time, realizing there was help available.

(Viagra was famously being tested for other vascular disease and blood pressure problems before researchers realized their early patients were seeing enhanced blood flow in one particular spot...)

Since then and even in the years leading up to Viagra's approval as that first important sexual medicine, ED has gotten more attention from the medical, psychiatry, and epidemiology communities than ever.

So, how many guys have ED? Here are the erectile dysfunction stats.

Erectile dysfunction affects more than 50% of men over the age of 40.

Age is a major determining factor in risk for ED. Diabetic men are more likely to have ED, while testosterone levels, blood pressure, heart disease, and other co-morbid conditions all play a key role.

Including men of all ages, the overall prevalence of ED in the U.S. is higher than 18%.

Statistics are imperfect because most surveys are self-reported, meaning that guys have to be forthcoming about ED to get accurate data. We can probably assume the reported figures are low.

Erectile Dysfunction Statistics in the U.S.

Erectile dysfunction's most common definition is the inability to get or maintain an erection sufficient for sexual intercourse . That leaves things a little open to interpretation, and precise symptoms can vary. Can men get a full erection? It just doesn't last long? Maybe they only get somewhat erect, but it's not hard enough for penetration? Is their sexual desire impacted or other sexual function?

Doctors and researchers tend to categorize ED as mild, moderate, or severe based on a scoring system from a questionnaire called the International Index of Erectile Function (IIEF). Funny enough, the IIEF also didn't exist until 1997, around the same time as Viagra's FDA approval. A shorter version called the SHIM (Sexual Health Inventory for Men) is also used commonly today.

So just how many men have erectile dysfunction? Let's look at the data that have emerged in the last twenty years on erectile dysfunction in the U.S. All of these studies were intended to evaluate a cross-section of the population as a good representative sample of normal demographics. The men (and women) evaluated in these health and sexuality questionnaires were intended to be a snapshot of the broader population.

One of the larger studies evaluating ED rates in the U.S. took a look at ~1,700 men aged 40-70 in the Boston region at the end of the 80s. It used a questionnaire around sexual health to measure and characterize erectile potency.

That study found that including mild, moderate, and severe ED cases, ED affects 52% of men.

The prevalence of severe or complete ED - which men often talk to their doctors about - triples from 5% to 15% of men between the ages of 40 and 70 years. Clearly, ED affects older men at a higher rate and more severely.

Beginning in 1992, another broader look at the American landscape captured both men's and women's sexual health issues - shortly before the approval of Viagra (sildenafil).

The National Health and Social Life Survey (NHSLS) was a national sample of 1749 women and 1410 men aged 18 to 59 years that evaluated seven response items. These items ranged from "lacking desire for sex" to "not finding sex pleasurable."

The study looked at issues beyond just ED (like premature ejaculation), but one item on the questionnaire evaluated "arousal difficulties (ie, erection problems in men, lubrication difficulties in women)."

They found that 45% of guys between 18 and 59 reported trouble maintaining or achieving an erection. Considering that this study did not include older men, the findings are particularly illustrative of how wide an issue ED is.

From 2001-2002, the National Health and Nutrition Examination Survey (NHANES) evaluated data from 2126 adult men in the U.S.

In 2003, researchers published results from an international evaluation of men aged 40-70 years done in Brazil, Italy, Japan and Malaysia. In each country, a random sample of 600 men was interviewed as to whether they had trouble with erections .

These slightly lower rates than seen in the three American studies above might be attributed to the fact that this figure does not include "mild" ED cases. Additionally, it's interesting to note the the widely varying ED rates in different countries. This may have to do with reluctance to admit the issue and cultural norms. For example, among men aged 65 years or older, only 29% reported moderate or complete ED in Brazil compared to 71% in Japan. The Brazilian results are out of line with every other research done to date, suggesting these men are either incredibly virile... or not telling the whole truth.

A Look Around Vienna (Italy)

An evaluation of 2,800 men in the Vienna, Italy region aged 20-80 found an ED prevalence of 32.3% , including all severities. This slightly lower rate than others is probably explained by the inclusion of men as young as 20. This research was published in 2005.

Before And After Viagra's Approval (United Kingdom)

Some researchers took a more unique approach to ED epidemiology, wondering if the diagnosis of ED changed based on the availability of Viagra (the first pill for ED) in 1998. These doctors looked at the number of ED diagnoses in the United Kingdom (which has a universal healthcare system) in the years before and then after the approval of Viagra.

Amazingly, the recorded diagnoses of ED doubled between these two periods. What's going on? The likely explanation, according to doctors, is that with Viagra approved guys could finally get help for something for which they had never before had a treatment available.

It's not that ED rates increased, rather that more guys were coming forward for help from their doctor.

While the bulk of research point to higher rates of ED among older men, young men are affected too. Among doctors and sex experts, there's increasing concern that more young men are being affected by ED than ever before. Why, exactly, remains to be seen .

A 2013 study found that one in four patients (25%) seeking a doctor's help for ED for the first time were under the age of 40. The men were also more likely to smoke or use drugs, both risk factors for developing ED.

Based on this informal systematic review, erectile dysfunction prevalence among men aged 18 and up in the United States is somewhere in the range of 18-52%. Older men are at greater risk of ED happening to them, with prevalence estimated at 52% for men over the age of 40.

Also important to keep in mind: these surveys and evaluations are all self-reported. Men have to be willing to volunteer that ED has affected them. It's a sensitive topic, and the likelihood is that even when these surveys are anonymous, the reported ED prevalence rates are lower than real life.

These studies also confirmed earlier findings on what puts men at risk of ED .

- Lack of exercise or physical activity raises the risk of ED.

- Smoking and alcoholism raise your risk of ED happening.

- It's common for older men to experience higher rates of ED as they age. As many as 70% of guys in their 70s experience ED. That's due to a variety of factors and is quite common.

What can you do to avoid sexual difficulties in the long run? To begin, take note of all of the above. Things that are good for your general wellbeing are mostly good for your sexual function as well. Get plenty of physical exercise, eat right and see your doctor for regular checkups (including a blood pressure check and even evaluation for low testosterone), and generally seek treatment for any comorbid condition in conjunction or before ED treatment.

Did you know there's some evidence that ED might be in your genes too? Newer research has found a particular piece of genetic code that might affect your likelihood of ED... though the jury is still out on how actionable this might be for men, researchers, or doctors.

Have questions about your own erectile problems or ED symptoms? Rex MD can help. Our licensed clinicians can help you get the right treatment plan with clinically proven medications sent to your door, if approved.

It's easy, affordable, and fast. Click here to get started. What Is the Over-Masturbation Side Effect Recovery Time? 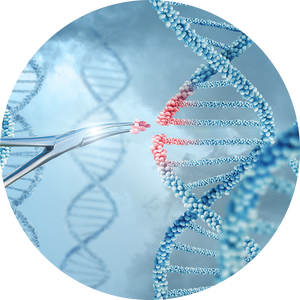 What Is Gene Editing? Is It Moral or Ethical? 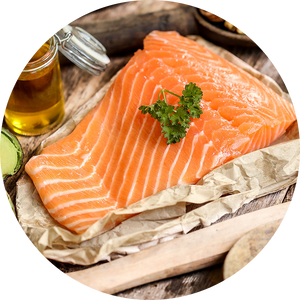 Polyunsaturated Fat: Is It Good or Bad for You?

Replacing trans or saturated fats with polyunsaturated fat - one of the 4 types of fat found in food - may help lower cholesterol and improve cardiovascular health.