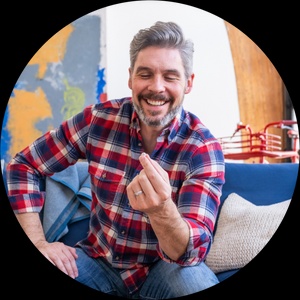 Wouldn’t it be great if you didn’t have to take your ED med just before sex?

Cialis® Daily (tadalafil) is the only erectile dysfunction (ED) medication that’s intended to be taken once daily, every day, in order to prepare your body for intimacy at any time.

But it can be confusing understanding the differences in Cialis Daily dosage vs Cialis used on-demand. Let’s clear up the confusion.

Which Cialis Dose is Best?

Cialis is the brand name for tadalafil, the third PDE5 inhibitor approved by the FDA after Viagra (sildenafil) and Levitra (vardenafil). All three are now available as generic drugs for cheaper than ever before, and they're all effective for most men with ED.

Cialis is available in a wide variety of doses – and not all are to be used the same.

Cialis comes in 5 mg, 10 mg, and 20 mg doses for use directly before sexual intimacy. Eli Lilly reports that Cialis 20 mg has been shown to improve the ability of men with ED to have a single successful intercourse attempt for up to 36 hours after dosing. Cialis also comes in 2.5mg and 5mg doses to be taken once every day, essentially priming your system for sexual intimacy at any time. In these lower doses, it's often called Cialis Daily.

Because of this, daily Cialis has become a popular option for men with ED who may have frequent sex or simply don’t want to worry about taking a medication before intimacy. 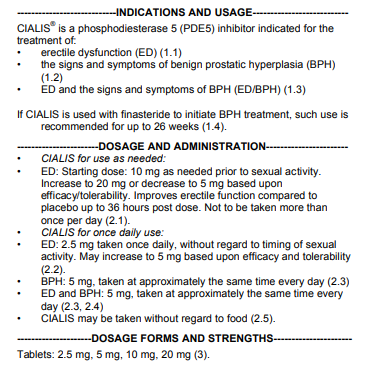 The History of Cialis

Cialis was first approved for the treatment of ED in 2003, five years after Viagra’s landmark approval in 1998 as the first medication for ED, and about two months after Levitra (vardenafil).

Five years later, in 2008, the FDA approved Cialis for daily use in new dose forms: 2.5 mg and 5 mg. According to Eli Lilly, the drugmaker behind Cialis, once-daily Cialis may be "most appropriate for men with ED who anticipate more frequent sexual activity (e.g. twice weekly)."

Cialis obtained "blockbuster status" in 2005 when it reached $1 billion USD in worldwide sales, and then went on to generate $2 billion in one year globally a few years later.

How Much Does Daily Cialis Cost?

Cialis, Cialis Daily, and tadalafil in all four doses are available affordably through Rex MD. We carry all major FDA-approved ED meds at industry-beating prices.

With Rex MD, you can get daily Cialis for as low as $3/dose, and our system is set up for simplicity: medications prescribed through our online visit process (if approved), delivered discreetly with 2-day free shipping, and refilled each month with no hassle.

How Does Cialis Daily Work?

Cialis and Cialis Daily are both tadalafil, one of the most effective and popular PDE5 inhibitors. That's right – all of the medications approved by the FDA for the treatment of ED are PDE5 inhibitors, which stands for phosphodiesterase-5.

PDE5 is an enzyme that breaks down cGMP in the body. What does cGMP do?

CGMP is a substance that's central to getting a firm erection. It promotes increased blood flow in the penis, leading to more blood (as much as 7x normal!) and swelling. As spongy tissues in the penis fill with blood, the dorsal vein at the top of your penis is compressed, helping to keep blood trapped in the penis. The blood continues to flow in and can't escape – an erection forms.

PDE5 is the enzyme that breaks down and removes cGMP. It's a natural enzyme that helps bring erections back to normal after intimacy. It's a little like the brakes on a car. By stopping PDE5 from doing its usual thing – acting as a brake system – an erection can happen more easily.

That's how all of the popular and effective ED meds work today.

Cialis and Cialis daily both do this, but Cialis Daily uses a lower dose to keep PDE5 reduced in the body at all times, rather than on-demand as with Cialis or Viagra.

Is Cialis Daily or Cialis Better?

Whether Cialis or Cialis Daily will be better for you is a personal question. Some guys like taking a medication daily so they're ready for action. Others might prefer taking Cialis when they need it. And, Cialis is already known for how well it works over the course of a day or two compared to Viagra's effects, which last only a few hours. (That's why Cialis is often called the weekend pill – its effects can last 36 hours or longer.)

Curious if ED meds are right for you? Rex MD makes getting ED meds easier than ever, with online ordering and discreet, 2-day shipping if approved. 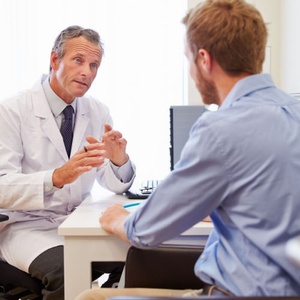 Since Viagra's approval in the '90s a whirlwind of competitors has tried to replicate its success. Avanafil is the newest (& fastest-acting).